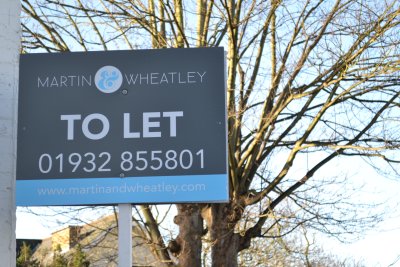 According to the latest findings from the government’s English Housing Survey, only 63% of us now live in homes we own outright or with a mortgage following the 11th successive yearly decline in home ownership.

In contrast, as homeownership fell, the private rental sector grew by 19%.

The figures show that for the first time there were more outright homeowners than those owning with a mortgage, indicating how much harder it’s become to get on to the housing ladder.

Housebuilding across England is at its lowest peacetime levels since the 1920s and as house prices continue to pull away from wages and deposits now average £30,000, the National Housing Federation fears that home ownership could soon become the preserve of only the richest in society.

With home ownership pushed further out of reach and the number of households in affordable social housing also falling over the last thirty years, more and more people are renting from a private landlord. They often find themselves trapped in a cycle of expensive short-term lets that leave them with little stability or ability to save for a house deposit, despite how hard they work.

YouGov research for the National Housing Federation showed that almost two thirds (63%) of private renters aged 25 – 44 years old in Britain said they thought they would have bought their own home by now. Of all private renters, the majority (56%) say that they’ve rented for longer than planned because they have no alternative.

David Orr, chief executive of the National Housing Federation, said: “People in their thirties are seeing their chance of home ownership slip through their fingers as they struggle to save for the enormous deposits and mortgage payments, no matter how hard they work. As house prices continue to rise we’re in danger of winding back the clock on homeownership, with only the privileged few having any hope of affording it.

At the moment people who can’t buy a home have little or no choice but to rent privately going from one short-term let to another at an ever escalating cost. We believe that everyone should have a home they can afford, which means having more affordable homes to rent or buy through shared ownership and a private rental market that’s fit for purpose.

We’ve had enough of short-term, gimmicky housing policies. The failure to build the homes we need is snatching away any hope of our younger generations having a home they can afford. The next government must produce a long-term plan for housing and commit to end the housing crisis within a generation.”

Gavin Smart, interim chief executive at the Chartered Institute of Housing, added: “The English Housing Survey is a stark demonstration of our national housing crisis. It’s clear that the cost of housing is affecting people all over the country – in particular younger generations and people living in London.

Home ownership continued to fall in 2013-14, while the proportion of private renters continued to rise.  Almost half of all households aged 25-34 are living in the private rented sector, a figure that has more than doubled in the last 10 years.  And for the first time, there were more households who owned their home outright than with a mortgage, showing just how polarised housing wealth has become.

Meanwhile the proportion of working households who still have to rely on housing benefit has almost doubled in just five years. If we don’t start taking radical action now, people are going to continue to struggle – and the housing benefit bill will continue to grow. Making housing more affordable means building more homes of all tenures – for ownership, shared ownership, private rent and social rent.  To do this we need political will, commitment and leadership. We want all political parties to commit to ending the housing crisis within a generation, and we think the government should take a more active role in boosting housing supply.”