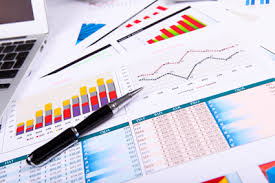 I love this point in the lettings calendar. It’s the time at which the market takes a breather and we have a chance to take stock of what has happened over the summer and to gear up for the busy run up to Christmas. Thankfully 2018 was a strong year for lettings in Surrey. This isn’t surprising when you take into account what’s been going on.

Following all the turmoil of 2017 the market was revived and straight out of the blocks in January with transactions up at all levels. We welcomed seeing large numbers of oil companies relocating employees. This corporate market continued through the summer and has gone right up to September which is most unusual. What has been more interesting is the return of the domestic market with families selling their homes, avoiding chains and becoming renters again with cash in the bank. This is fuelled by a weak sales market which is probably here for the foreseeable future. Tenants are no longer panicking that if they don’t buy a house this year then by next year they will have risen out of reach. So amongst local families renting becomes the smart choice again. This resurgence in the number of tenants is starting to put pressure on supply. We didn’t see it happen fully in the summer but I suspect as we go into the Q1 of 2019 it will manifest itself more.

Despite the governments ongoing war against investment landlords that has strangled the buy-to let market in recent years we are slowly seeing the stock levels being supported by accidental landlords instead. These owners are choosing not to sell in a sluggish market but to rent out their properties instead, providing a much needed life-line to the private rented sector. It’s a start but demand will only get greater so more is needed. This isn’t exclusive to small houses and flats. We have seen record rents in Elmbridge with £8,000 to £20,000pcm asking prices being snapped up by private tenants. They are deliberately choosing to spend their money on rent instead of handing it over to Phillip Hammond in dizzying sums for stamp duty.

We are all expecting a few years of uncertainty ahead but I believe the letting market should stay relatively stable through the turbulence. Having been in lettings for over 25 years, there is very little that we haven’t seen from crashes to peaks and everything in between. Knowledge is king in these matters so if you are considering letting your home for the first time or you are a seasoned multiple landlord looking for straightforward and informed advice, then don’t hesitate to contact us. We love to talk property!