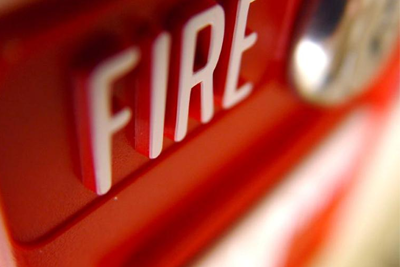 On 11 March 2015 the Housing Minister announced that landlords would be required to install and check smoke and carbon monoxide alarms in their properties. This is part of the Government’s plans to create a bigger better and safer private rented sector. New regulations were passed by both Houses of Parliament on Monday 14 September 2015.

The Government has introduced the Smoke and Carbon Monoxide Alarm Regulations (2015) to make landlords in the private rented sector in England responsible for ensuring that smoke and carbon monoxide detectors are appropriately installed and are in proper working order at the start of a new tenancy.

NOTE: The Regulations effect England only and come into force on 1st October 2015.

The law will apply to landlords renting residential accommodation to one or more tenants occupying all or part the property as their only or main place to live.

NOTE: The law will not apply to social landlords.

What you need to do:

From the 1 October 2015 landlords will have to ensure that a smoke alarm is fitted on every floor of their property where there is a room used wholly or partly as living accommodation. They will also have to put a carbon monoxide alarm in any room where a solid fuel is burnt, such as wood, coal or biomass and includes open fires. It does not include gas, oil or LPG. Landlords or agents will then have to ensure that the alarms work at the start of each new tenancy. For example by pressing the test button until the alarm sounds.

NOTE: Under the proposals, a bathroom or lavatory is classed as a room used for living accommodation and a room covers halls or landings. Stairways are also included in the regulations. For instance, for maisonettes or flats above shops where the flat is on the first floor but you enter via stairs on the ground floor a smoke alarm will be required in the stairwell. A new tenancy will include agreements entered into on or after 1 October 2015. It does not include a periodic statutory tenancy which starts following the end of a shorthold tenancy. In addition, landlords do not need to check the alarms when a tenancy is renewed under the same conditions i.e. for the same premises by the same landlord to the same tenant. On 4 September 2015 the Department for Communities and Local Government issued an explanatory booklet to help landlords further understand and comply with the Smoke and Carbon Monoxide Alarm (England) Regulations 2015: www.gov.uk/government

NOTE: Landlords cannot be held responsible if they can show that they have taken reasonable steps to comply with the rules but cannot enforce the changes, such as if a tenant refuses to allow for the work to be done.

If landlords do not take action, the local authority can arrange for the required work to be carried out (with the consent of the occupier) to ensure that tenants are protected. Local housing authorities also have the right to impose a fixed penalty charge (like a parking ticket) of up to £5,000 on landlords who do not comply with the rules.

The Regulations were put forward under sections of the Energy Act 2013 and the Housing Act 2004. They come into force on 1st October 2015

This article has been taken from the Association of Residential Lettings Agents guidance notes.